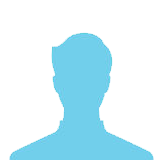 genuine comedy. Following are two monologues from the character of
Tom. This first monolouge is a direct address piece to the audience.

Most people are fortunate enough not to know when they are going to
die. (Laughs.) The Grim Reaper just pops up one day to say hey, and the
next thing ya' know, your heart's exploded inside your chest. Bang!
Didn't even see it coming. Man, that would be cool. None a this you've
got seven years to live shit. As soon as some asshole tells ya' somethin'
like that, you immediately begin to count down backwards. Seven years,
six years, five years, four, three two one! Bang! Next thing ya' know
you're getting horny over a coupla' naked angels. Christ! People my
age don't understand what I'm feeling. Most twenty year olds feel like
they're gonna' live forever. You think you have your whole life planned
out. School, work, marriage, kids, two cars, a house and a dog. Things
don't always work out that way. So much for the American fuckin' dream.

In the following monologue, Tom relates a funny story to the only person
he feels some type of relationship with, Jenny.

Well, my story is a little different. It's not the type of story a person
should tell to somebody they just met. Alright... Fine. You asked for it.
Well, when I woke up after surgery, there was this tube sticking out of...
Well there were tubes sticking out of everywhere, my nose, my arms, the
top of my head; there were wires attached to my chest and... Well, there
was this tube sticking out of my, my... Penis. My dick. It was a cathader,
the tube led to a bag on the floor. I couldn't believe it; there was a huge
goddamn bag on the floor fulla' my piss. Not ta' mention the fact that this
tube was stickin' out the end of my dick. Let me tell you, it was not a
comfortable moment. Well I was layin' there awhile when I started to
wonder... This is kinda' embarassing to tell a girl. Okay. Well, I started
to wonder what it would feel like if I had a... If I had a boner with that
stopping it. It was like a goddamn rocket ready for launch. I swear my
thing had a mind of its own... It's not like I was even thinking about sex or
anything. One minute he was just hanging there, the next he was up and
around. Man that was painful! I had this raging boner with this thing
stuck up my dick. Jesus, and I thought the surgery would hurt. It was
harder than a steel pipe... Until the nurse, an older heavy-set woman
with a moustache, came in. She took one look and started cracking
jokes. "So do you have tube in your penis or are you just happy to see
me?" Then she did it. She yanked it out. Christ! I thought there was
only an inch or two in there. I'll be damned if there wasn't two feet of
plastic tubing stuck up the end of my dick.