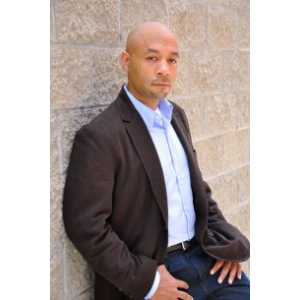 Russell Jordan is a talented actor and voiceover artist. Audiences have seen his versatility in numerous stage roles, including the tyrant Creon in Antigone, a stand-up comedian living with breast cancer in Die Laughing, a man fighting for his last chance at love in Sharing the Pie, and a chauvinistic barber in His, Hers & Ours, just to name a few. On film, Russell has portrayed Brian, an all-business CFO, in Sarbane’s Oxley, as well as Silas, a professor on a mission to warn the world of an impending threat, in Singularity. New Media fans have seen Russell in the wildly successful Strike.tv and Blip.tv web series Anyone But Me, and in CH Original Videos produced by comedy powerhouse CollegeHumor.com. And Russell’s voice can be heard on Port Authority of New York & New Jersey podcasts and in the DesktopEpics.com audio drama The Shyster Club. Russell is a rarity—a New York actor actually from New York! He was born and raised in Queens and now resides in Brooklyn. He holds a BA in Theatre from the City University of New York, is an MTWorks Company Actor, and is a proud member of Actors' Equity Association (AEA) and the American Federation of Television & Radio Artists (AFTRA).