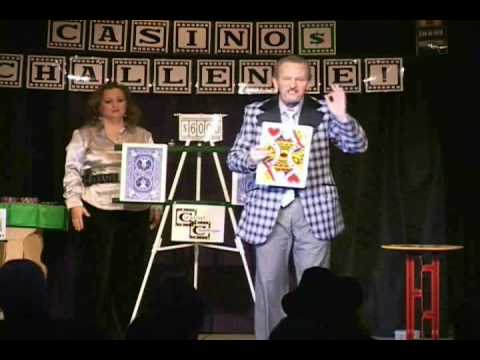 The Devil You Say!

“VERY WELL PRODUCED road show…Uses the Audience as assistants, creating an impact that can be readily felt throughout the room!”

“Nobody in the crowd is safe from Barron’s QUICK WIT & ABSTRACT OBSERVATIONS.”

“Stringfellow strikes one as being SUAVE…SOPHISTICATED…AND SMOOTHE…”

“Barron Stringfellow always brings a TOUCH OF FANTASY to any program!”

“Barron is the ONLY 3 TIME WINNER of the Critics Choice Awards!”

“Never Has An Act Been Called Back Here Right After Their First Go Round— Except Barron!”

“His [Barron] Walk Around Magic is Like a Stage Show…only no stage!  That’s how we know he doesn’t use trap doors!”

“There are a lot of Magicians in the Phone Book…We Only Handle One:  Barron Stringfellow!”

Barron Stringfellow is ‘The Baron of Magic’

Barron Stringfellow is a Member in Good Standing of Both The International Brotherhood of Magicians, and The Society of American Magicians.  He is active in The Chamber of Commerce and Lions Int’l.  He uses Live Animals and Assistants in His Larger Production Shows, and can perform equally well at The Largest Venue, or the Smallest Gathering!  Barron has Worked in Las Vegas, and toured all across the United States, Canada and Australia.

Eco-Magic Show:  For the Department of Ecology Washington State

The Magic of You! : Washington State and Current

Comedy Full Stage:  Barron Fills a Stage with Magic & Wonder.  Magic happens in the “Bigger Than Life” Style that identifies this as one of the Better Large Shows available.  Assistants,  Animals…the Whole Works for our client.

Corporate Events:  Everything is considered, From the History of the Clients Organization, to use of their Product and Logo in the Shows.  We do our Research so the Client knows they are getting a Show They Can be Proud to have Associated With their Product!  Proof Scripts and Prop sheets are included.

Night Clubs:  Whether working “Blue” or “Clean”, the Night Club Act is truly a Tear Jerker…Tears of Mirth and Laughter!  Great for Lounges and Small Gatherings up to a Couple Hundred or so people!

Fairs/Rodeos:  Fantastic Occurrences in The Center Ring or on the Main Stage.  We even work the smaller Family Entertainment Stages.  Talk about an Adaptable Show!!

Escapism:  Barron performs Unique and Challenging Escapes for Fairs, Promotional Events & Corporate Presentations.  His Triple Jeopardy has him Swinging from a Crane or Ferris Wheel, His Newest: The “Water Torture Cube” finds him Handcuffed, Chained and Padlocked into a Lexan™ Cube filled with 100 Gallons of Water, and The $10,000.00 Escape Challenge is Great for Any Outdoor High Energy Venue!!