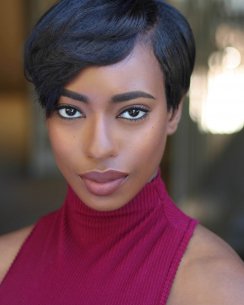 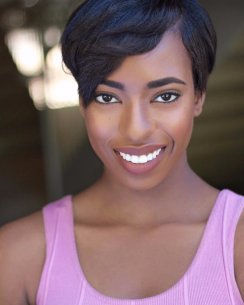 Cynthia D. Hilaire, was born in Fort Lauderdale, Florida to Haitian parents. Cynthia began performing at a very young age and was first introduced to ballet. Growing up she participated in choir, track & field, Competitive Cheering, modeling, and Theatre. Cynthia graduated from the University of Florida with her Bachelor of Arts in Theatre where past productions included Honky, Ruined, and The Divine: A Play for Sarah Bernhardt. Cynthia has also been featured in many film projects throughout the Southeast region and has worked with Ryan Hope Travis, James Babanikos, Dr. Mikell Pinkney, and Dr. David Young. She speaks both English and Haitian Creole.