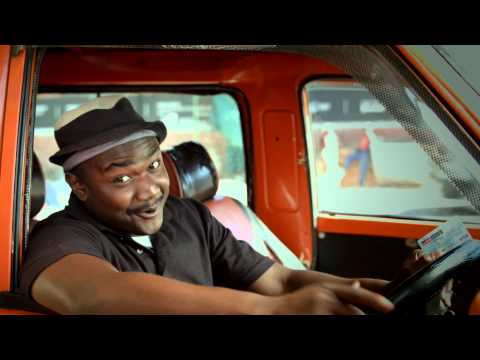 Swannie has been a performer all his life and been rated as one of the most creative thinkers and artists by ABSA ARTS institution and the former international president of PREASA, Dr M de Kock. Apart from being an active learner and eternal student, he specializes in marionettes and Muppet as an art form. With this ability he is also a voice artist and keen script writer. His love for puppets started in an early age. As kids they used to entertain the neighbourhoods kids by imitating famous Afrikaans singers, or do almost “punch and Judy” style puppet shows in their living room. It was only later ’n his life that he discovered that he has a passion for all kinds of puppets and started learning about the art form on a more formal level. He studied under the South African master puppeteers such as Toby Von Eyck, Alida von Maltitz and Antoinette Snyman. He became a member of the "Puppeteers of America"  in the year 2000 and is an active member  of the worldwide PUPPET HUB for puppeteers. His first full length puppet show was a passion play and consisted out of 32 marionettes. He started out in the religious world, doing his masters in Theology in Creative Communication. He also taught dramatic arts in various institutions for the last 14 years. He has his own production company and drama school.  Some of the highlights of his performing career is the remake of the classical puppet show “Haas Das se Nuuskas” in DVD format with well known Louise van Niekerk en Gert van Tonder. Other projects followed: A tour through Israel with “Donkey” and “Camel”, Puppets for Tunisian Television, a Children CD with original stories told by his signature puppet “Babbling Baboon” (body puppet made after the type of puppets used in LION KING) to but name a few. He worked for Oprah Winfrey in creating puppets for the learners at her school (Henley on Klip), and staged an African story with 75 puppets at the end of this period with all the learners on stage. He then featured in an article in the South African O magazine and was part of a clip showed about the school on her show at the end of 2008.  Swannie had the privilege to present South Africa in an international Puppet Festival ’n 2011 in Taiwan, played in a Youth festival in Nigeria in 2014 and is a regular puppeteer at the Namibian National Theatre. He also performs at the local art festivals, schools, churches and shopping centres, motivational occasions, pre primary schools throughout the country...to name but a few. He is also a member of the Thespians casting agency and made small appearances in Binnelanders, a local soap TV series, the movie Henley on Klip, and is currently seen in several advertisements on television. He is a singer, freelance actor and enthusiastic supporter of the arts. Swannie is busy completing his PHD in the use of Puppetry and Epic theatre in educating/communicating to the Post Modern Teenager of South Africa. His promoter is Professor Christina Landman.  Other academic achievements are: A masters degree in Creative Communication (exploring the way Charlie Chaplin made his movies and how to apply that in the communication situations of the 21st century), 2 Theological degrees, A diploma in early childhood development, and a Bachelors in Dramatic Arts.  Swannie motto in life is: Changing your world through storytelling