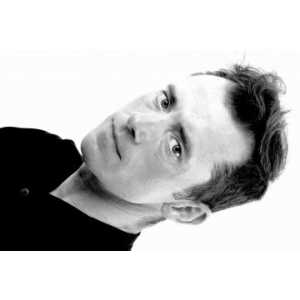 Lee Bane is a professional actor originally from Swansea, South Wales.After Graduating from Gorseinon College in Swansea, Lee gained a placeat The Royal Central School of Speech and Drama graduating with BAhonours. After playing notable supporting roles in high profile TVproductions such as 'Belonging' and 'Doctors' for the BBC, along withmany diverse roles in Theatre, Lee has since become one of the mostprolific actors in Welsh independent film. In 2012, Lee played a lead role in the North Bank Entertainmentproduction 'Night of the Living Dead: Resurrection'. The film wasreleased theatrically in major UK multiplex Cineworld by distributor4Digital Media, before becoming one of the company's top selling DVDsof the year. 'Night of the Living Dead: Resurrection' also received amulti platform release in North America and Canada through major USstudio Lionsgate, as well as a DVD and Blu Ray release in Germany viaMIG Film Group.Lee then teamed up with North Bank Entertainment for a second time,playing the lead role in the company's third feature film 'TheAmityville Asylum'. The film received a UK theatrical release fromdistributor 4Digital Media in June 2013 and will be released on DVD inthe UK on the 23rd of September 2013. MIG Film Group will also bereleasing the film in Germany on 6th September, with a release in NorthAmerica and Canada through Hannover House coming in October 2013.Accent Film Entertainment acquired the film for a release in Australiaan New Zealand. Lee continues to play a diverse range of characters, including leadingroles in the Mad Science Films feature film "Kerb Crawlers" and MarcusShakesheff's "Kamikaze", the first Action feature to be made in Wales. 2014 will see the release of two projects with North BankEntertainment, in which Lee will play leading roles in two featurefilms, "The Midnight Horror Show"/"Theatre of Fear" and 'Valley of theWitch". Lee has recently completed filming for "The Last House OnCemetery Lane", where he will take on the guise of John Davies, afictional screen writer.