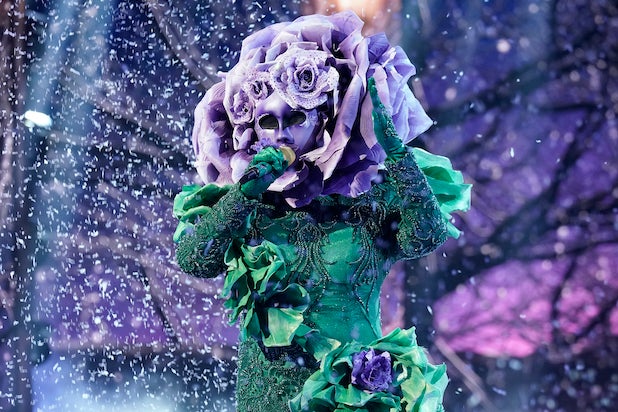 (Warning: This post contains spoilers for Wednesday’s episode of “The Masked Singer.”)

Fox’s “The Masked Singer” revealed the identity of another Season 2 celebrity contestant during tonight’s episode of the smash-hit singing competition: The Flower.

On Wednesday, four out of the eight remaining second-season contestants competed, including The Flower, The Leopard, The Flamingo and The Rottweiler.

At the end of the episode, panelists Jenny McCarthy, Nicole Scherzinger, Ken Jeong and Robin Thicke and the studio audience, along with guest panelist Joel McHale, chose the “weakest” contestant, which ended up being The Flower. She was unmasked and revealed to be none other than Patti LaBelle.

Also Read: 'Masked Singer': Joel McHale Is Convinced Alec Baldwin Is The Leopard Because He Has 'Like 13 Kids' (Exclusive Video)

“The Masked Singer” its off next Wednesday, but fans can look forward to a double helping of the competition the week of Dec. 9, when a holiday-themed semifinals episode will air on Dec. 11, one night after the show airs an episode in a special 8 p.m. Tuesday time slot.

Watch the reveal video above.

“The Masked Singer” airs Wednesdays at 8/7c on Fox.