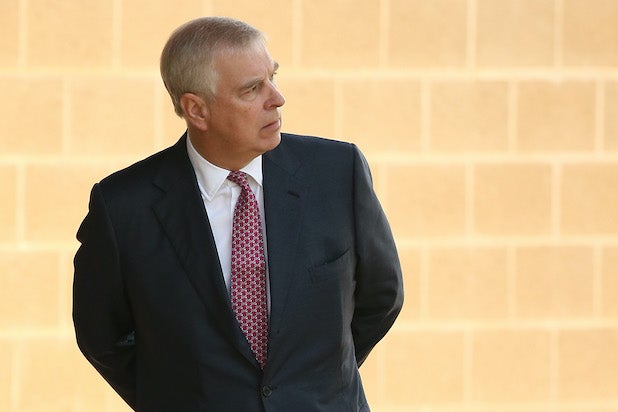 Prince Andrew announced on Wednesday that he will be stepping back from his public duties “for the forseeable future” in light of his association with Jeffrey Epstein, the deceased financier and convicted sex offender.

“It has become clear to me over the past few days that my association with Jeffrey Epstein has become a major disruption to my family’s work and the valuable work going on in the many organizations and charities that I am proud to support,” Prince Andrew said in a statement through Buckingham Palace. “Therefore, I have asked Her Majesty if I can step back from public duties for the foreseeable future, and she has given her permission.”

The announcement comes three days after the duke gave a televised interview to the BBC’s “Newsnight” about his relationship with Epstein. Prince Andrew, the second son of Queen Elizabeth II, has been accused by one of Epstein’s accusers of having sex with her when she was 17 years old. Buckingham Palace has repeatedly denied that the Duke of York had any sexual contact or relationship with the woman.

Also Read: Prince Andrew 'Knows the Truth' About What He Did to Me, Says Accuser in Jeffrey Epstein Sex Trafficking Ring

The interview received backlash over how the duke described Epstein’s behavior. (On Monday, another Jane Doe who came forward to sue the Epstein estate also called on Prince Andrew to voluntarily go to the FBI to share what knowledge he had about Epstein.)

“Do I regret the fact that he has quite obviously conducted himself in a manner unbecoming? Yes,” the duke said in the Sunday interview.

“Unbecoming? He was a sex offender,” the interviewer, Emily Maitlis, responded.

In his Wednesday statement, Prince Andrew appeared to course correct.

“I continue to unequivocally regret my ill-judged association with Jeffrey Epstein. His suicide has left many unanswered questions, particularly for the victims, and I deeply sympathise with everyone who has been affected and wants some form of closure,” the duke’s statement read.

A statement by His Royal Highness The Duke of York KG. pic.twitter.com/LfMFwMyhcb